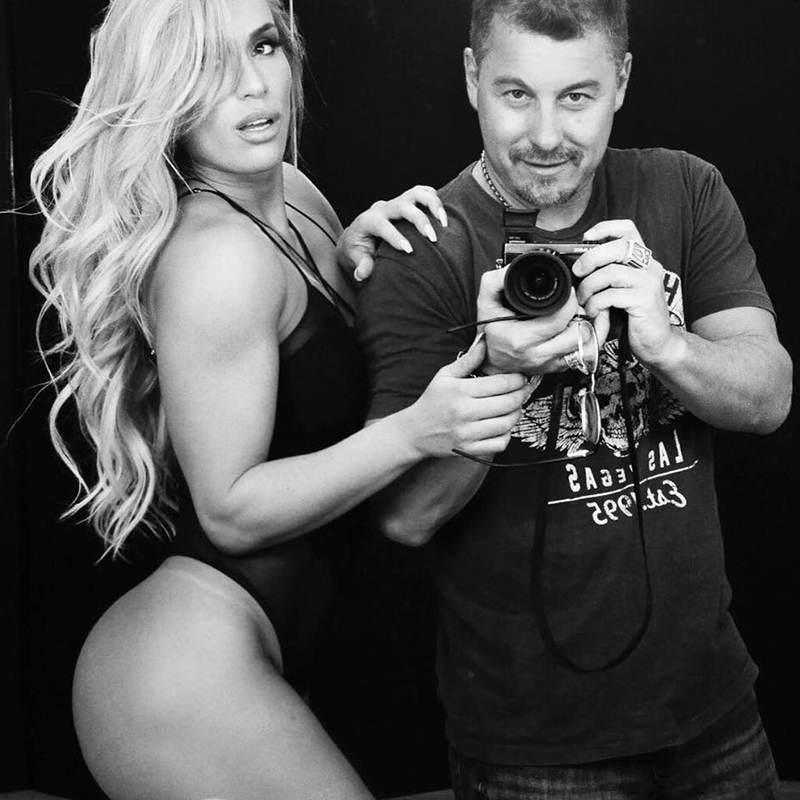 Biography Exhibitions
Paul Buceta is a renowned nude photographer based in Mississauga, Canada focusing on capturing the spontaneity of a moment. His images empower women by highlighting their raw beauty.

Buceta’s photographic practice centers on capturing the spontaneity of a moment. Over the course of the years, he refined his skill of bringing out the compelling qualities of unprompted moments that lead to playful and sensual images. Furthermore, his images capture the model’s unfiltered personality by highlighting their confidence and sensuality. Additionally, he showcases the female form with his use of shadows and lights, which further enhanced the imbued eroticism of his photographs.

In 2003, Paul Buceta left his twelve-year career in banking to pursue web design instead. While diving into his new venture, he quickly discovered how vital photography would be in his new profession. This would lead him to buy his first digital camera, a Mustek camera. As a self-starter, he began producing his own images and discovered his passion and talent for photography. By following his new endeavor for almost a decade, he was able to develop an impressive client list and start a prolific profession in photography.

His success in the field led him to establish his own photographic facility, The Production Studio. Buceta is currently the Chief Photographer for STRONG Fitness Magazine. Additionally, he founded ANDIVERO Magazine, which focuses on fitness, fashion, and glamour photography. Some of the big names that he collaborated with on projects include Austrian-American actor and former governor of California Arnold Schwarzenegger, American activist Robert Kennedy Jr., Canadian comedian Nicole Arbour, American professional wrestler Ronda Rousey, and American mixed martial artists Holly Holm and Miesha Tate.

As a photographer, Paul Buceta had the opportunity to photograph for renowned publications such as Playboy and Maximum Fitness magazine. Other publications that featured his images include Oxygen Magazine, MuscleMag Magazine, SUMMUM Magazine, Urban Male Magazine (UMM), Clean Eating Magazine, REPS Magazine, and American Curves. Through the course of his career, Paul Buceta shot over two-hundred-fifty magazine and book covers and tens of thousands of images published. Most notably, he photographed a New York Times Best Seller and Playboy France’s 100th Anniversary Cover as well as their Special Edition Farewell Issue. Some of his other accomplishments as a photographer include Narcity, and online media company, naming him one of Toronto’s most influential people.

The world's best in provocative art

Straight to your inbox

Let us show you something you haven’t seen before. Welcome to Art Provocateur Gallery.

By clicking "Join Now" you acknowledge that you are 18+ years of age and agree to receive the Art Provocateur Gallery newsletter from which you can unsubscribe. You agree to APG's Terms of Use and Privacy Policy.